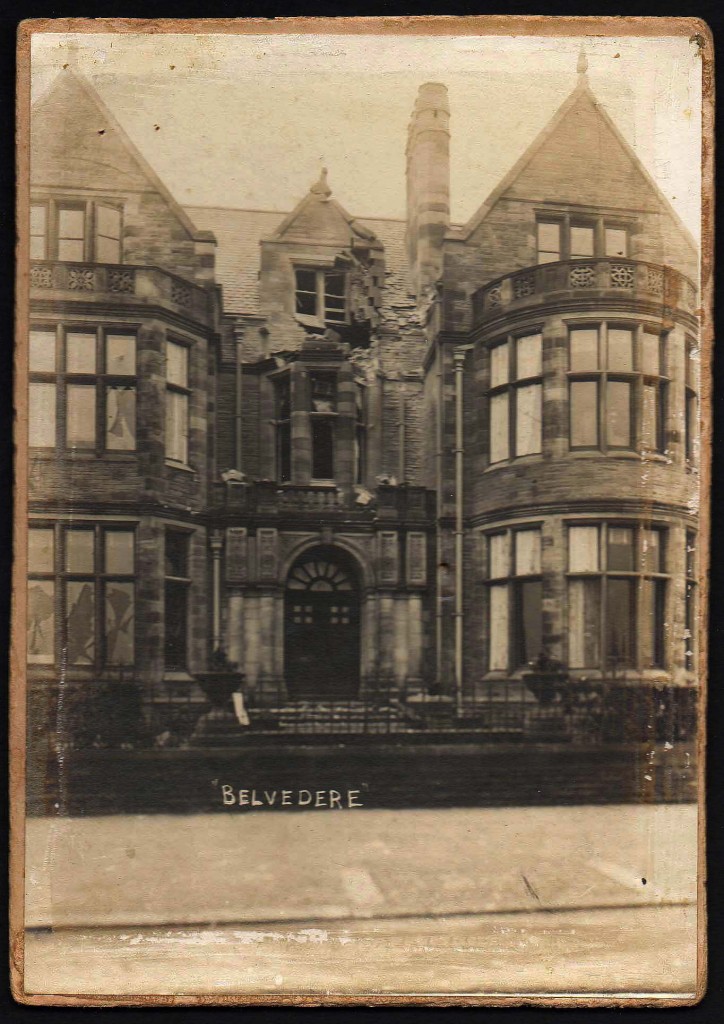 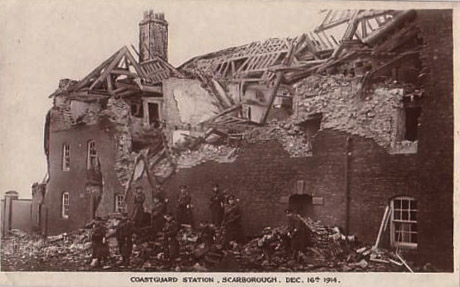 This account was related by Robert Llewelyn Hughes (known to his family as Roy) who was five at the time of the bombardment and lived with his family at 36 Ramsey Street. Robert was born on 31st March 1909 and was the eldest of the five Hughes children (Robert, Irene, Arthur, Amy and Betty). Robert’s father, Llewelyn John Hughes, was originally from North Wales, though his wife Elizabeth was a Scarborough lass, born and bred.

It started off like any other day really; as the eldest I was getting ready for school – Gladstone Road Infants – and father was getting ready for work. I remember we suddenly heard this tremendous racket going on outside and we both rushed outside into the back lane. The noise was even louder, and suddenly Bernard Morley, one of the ‘Jolly Rogers’, came running hell for leather up the lane from his morning dip in the South Bay bellowing, “Battleships are shelling the town!”

To be honest though, by this time we had gathered as much. Mother, who was upstairs seeing to the little ones, pushed up the window and called down to us, “What’s happening?”

Just then we heard the scream of a shell – in actual fact it sounded more like the steady swishing noise a traction engine makes – and father and I stood transfixed as we watched a shell coming straight at us, skimming the roofs of the whole row of outhouses in the street. It appeared to be tumbling over and over, rather than flying straight like an arrow and could have hit any of the houses in Ramsey Street, including ours, but it went on and crashed down a few doors further on at Mrs Brown’s house at number 54. It crashed through her kitchen wall, and had she not been laying the dining-table in the next room at that instant she surely would have been killed outright.

Things quickly calmed down again and we went back indoors, I to finish getting ready for school and father for work – he was a real stickler for being on time and dependable. I think there were a lot of people that morning who were either late for work or who didn’t go at all.

I can’t remember if Gladstone Road School was closed for the day. I was in the infants and that was apart from the juniors, which was badly damaged.

Later that day I went to take a look at Mrs Brown’s house and was very surprised at how small the hole in her kitchen wall was, just two feet across, but the room inside was absolutely devastated, nothing survived in there at all – she was very very lucky to escape.

I recall that for a time after the bombardment we would practise our drill for evacuating the school. When the whistle sounded we were lined up in pairs and marched off across the road to the basement of the dairy on the corner of Norwood Street. It was great fun larking about in those cellars.

After the bombardment there were soldiers everywhere and I can remember hearing the tramp, tramp, tramp of feet from quite a distance before the soldiers, four abreast, marched down the road towards the town and the Foreshore.

Later in the war, just as I was getting into my reading, I asked my father what they put in the newspapers when there wasn’t a war on – because the pages were just full of lists of the dead, wounded and missing (I think it was around the time of the Somme in 1916). I was deadly serious, I wanted to know. He told me there were plenty of other things to go in the paper. 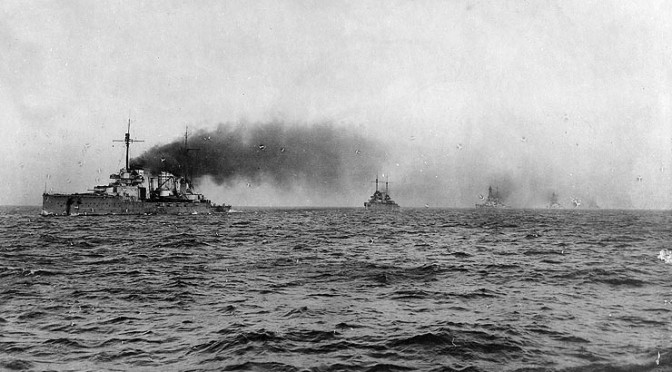